Frederick A. Douglass High School is the only New Orleans public school set to resume classes virtually, rather than in-person, after Hurricane Ida caused significant damage to its Ninth Ward campus.

Multiple industrial-sized generators and dehumidifiers were hooked up to the school, as well as to its fieldhouse on Thursday. Yellow and black ducts snaked their way into almost all of the main building’s ground level openings, and waterlogged debris was piled in the school’s courtyard next to blue picnic tables.

Tiffany Delcour, NOLA-PS chief operations officer, described the damage Ida caused at Douglass as “significant.” Several windows on the school's upper floors were blown in by the storm's strong winds, which allowed water to enter the building and “trickle down," she said.

NOLA-PS and Douglass’ charter operator, KIPP New Orleans, are working with the district’s restoration contractor to remove wet materials and dry out the building as quickly as possible. As of Friday, a timeline had not yet been shared publicly regarding building repairs and when students may return to in-person instruction.

Most of the city’s public schools, rebuilt post-Katrina, suffered little to no damage from the storm's wind and rain, according to the district’s chief operations officer Tiffany Delcour. She said of the district’s 88 buildings, 22 sustained some level of damage, most of it minor. 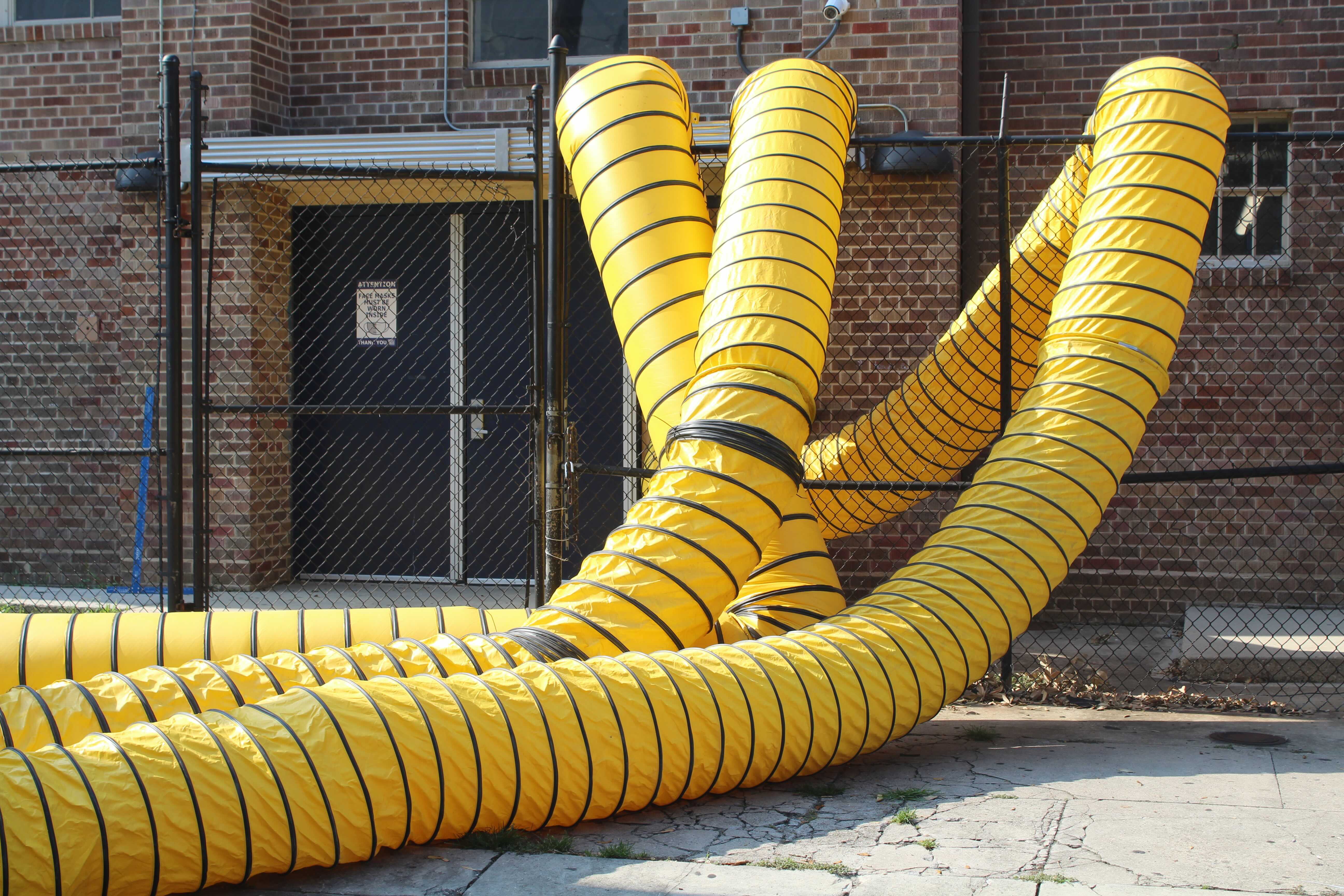 Rather than wait for the building to be operational, Douglass students are set to resume classes online on Sept. 16 through at least Sept. 24, according to communications shared with families and confirmed to New Orleans Public Radio by KIPP’s director of communications, Quo Vadis Sylve-Hollins.

Students will attend classes on Monday through Friday on Zoom and will transition between classes online as they normally would in-person.

KIPP is working with NOLA-PS to determine a timeline for building repairs and when students may be able to return in-person, according to Sylve-Hollins, but said she couldn’t share any additional information as of Friday. 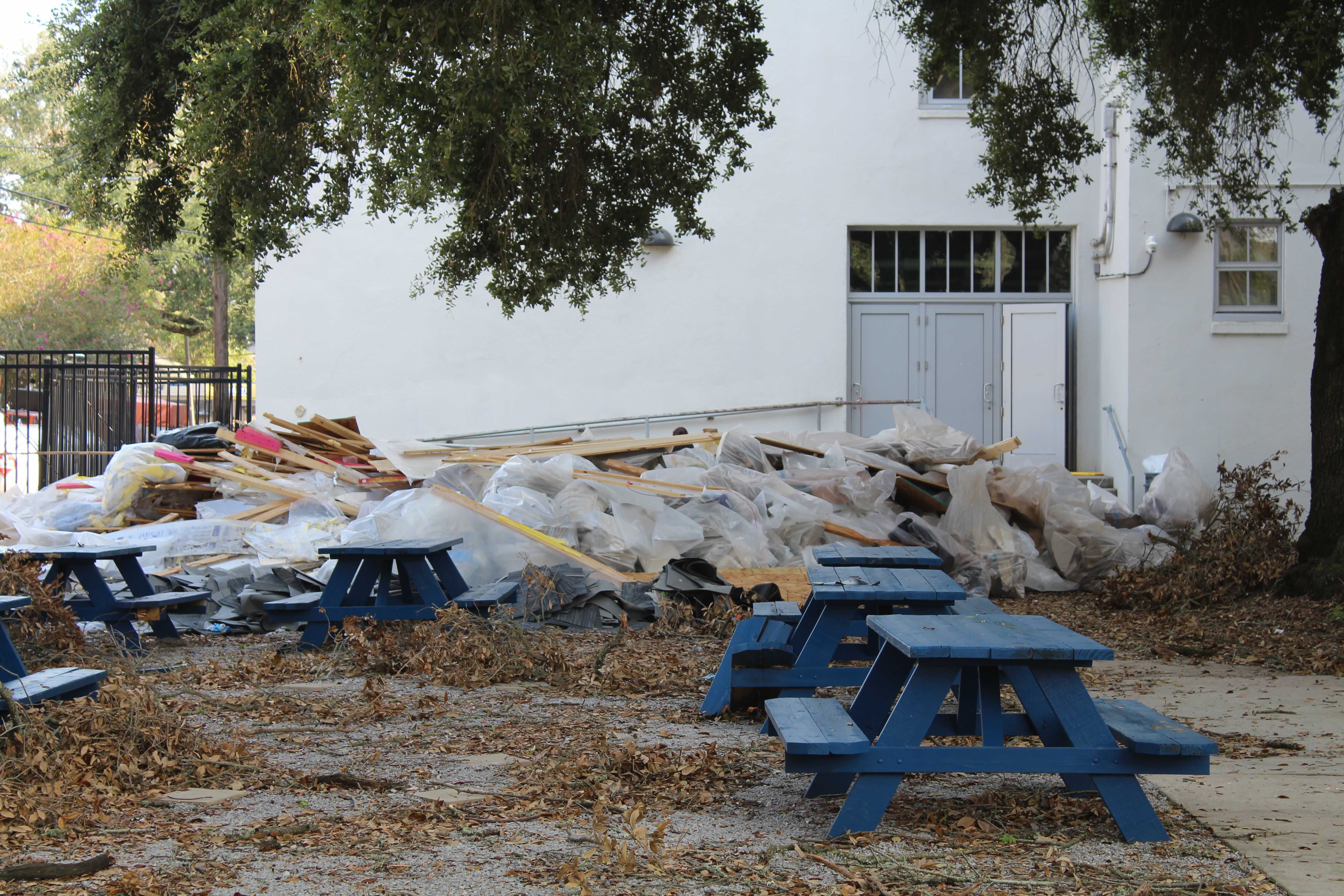 “We hope that all families will soon have power. Our goal is to return to campus and regular instruction as soon as it’s safely possible and to keep you updated every step of the way,” said Principal Towana Pierre-Floyd in a Sept. 8 letter to families.

Meanwhile, the district's other schools are preparing to welcome students back to the classroom in the coming days, some as early as Monday, and no later than Sept. 22. With fears of a post-storm surge in COVID-19 cases on educators’ minds, many schools are instructing families to quarantine their children and get them tested before sending them back to classes.

St. Tammany Parish public schools are set to return all students to the classroom this coming Monday, while Jefferson Parish announced today that they will resume normal operations on a staggered timeline.

Schools will reopen on a rolling basis with schools sorted into tiers based on the level of storm damage. The first tier of schools are set to reopen on Sept. 20 and the last on Oct. 1. In a letter to families, Superintendent James Gray said three schools, Grand Isle School, Leo Kerner Elementary, and Fisher Middle-High, are not part of the district’s initial reopening plan due to the level of damage sustained.

Many districts impacted by Hurricane Ida have already exceeded their number of pre-budgeted storm days and will have to adjust their school calendars or request a waiver to meet the state’s minimum number of instructional minutes.