“It’s very exciting for New Orleans to receive this kind of recognition,” said Lieutenant Governor Billy Nungesser. “In 2021, Wanderlust recognized New Orleans as a top ten long haul destination. It is clear that the world is thinking more and more of New Orleans and Louisiana as a destination for their bucket lists. We can’t wait to welcome all these visitors and show them all the ways you can Feed Your Soul in Louisiana.”

Wanderlust awards Most Desirable City in two categories: cities in Europe and in the rest of the world.

Wanderlust’s official award states, “Louisiana's largest city has a distinctive vibrancy, which is why it has deservedly won this year's Wanderlust award for Most Desirable City (Rest of World). Music is its beating heart, with jazz, blues, reggae and rock filling the streets of the Marigny neighbourhood.”

Wanderlust held their awards show at the Tower of London where Louisiana was the featured Culinary and Cocktail Sponsor of the event. Passed bowls featured dishes inspired by Louisiana classics such as chicken and andouille gumbo and shrimp remoulade. Featured cocktails included the French 75, Sazerac, and Bayou Rum.

“The United Kingdom is our top European market for visitors and we’ve been working hard at promoting Louisiana there over the past year. It’s wonderful to see that effort pay off,” said Assistant Secretary Doug Bourgeois. “With the British Airways direct flight to New Orleans, these visitors can easily make the trip to New Orleans. We invite them, once they’ve explored the city, to hit the road and see even more of Louisiana.”

Launched in 1993, Wanderlust is the leading magazine for adventurous and authentic travel. The complete 2022 award recipients is available on the Wanderlust Awards results webpage. 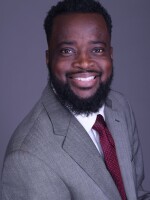 Fredrick Louis
Fredrick Louis is a native of Monroe, Louisiana and has worked in and around Northeast Louisiana for more than 40 years. He graduated from Wossman High School and then went on to the University of Louisiana at Monroe to graduate with a B.S. in Mathematics. Following that, he attended Grambling State University where he received his M.A.T. He loves the city of Monroe and is always looking for a way to serve in the community. That love for community has led him to a 10-year career in teaching. He has worked in both the Monroe City and Ouachita Parish school systems. He was also a candidate for mayor in 2020 and has used that experience to show his students that you can do anything you want and that the only failure is not trying.
See stories by Fredrick Louis
Latest Stories