The University of Louisiana Monroe is on a roll.

That was the message ULM President Dr. Nick Bruno shared with the crowd Thursday at Brown Auditorium.

“This is my sixth State of the University address, and it’s the most optimistic of all,” Bruno said.

He said he joined the other presidents in the University of Louisiana System at a meeting recently, where they tussled over what they would have to do to transform their universities. As the state of Louisiana continues to struggle with finances, Bruno said the question facing the presidents was: “How do we become more self-sustaining?”

Bruno said the answer, at least in part, is through growth. Larger enrollment means more income.

“We will be looking at all our existing programs and see whether they are growing,” Bruno said.

Another significant piece of the growth puzzle, Bruno said, is new programs. Among those ULM recently added are adult-gerontology primary care nurse practitioner, gerontological clinical nurse leader, a Master of Arts in Communication online, post-baccalaureate accounting technology and a juris doctorate/Masters of Public Administration in partnership with Mississippi College. The university hopes to bring back chemistry and add a doctorate of physical therapy.

“We will be the third physical therapy program in the state in a field where the demand is ridiculously high,” Bruno said.

This summer the Board of Regents approved a partnership with the New York Institute of Technology to house a branch of its College of Osteopathic Medicine on the ULM campus.

The new programs will bring additional students, money and prestige to ULM, Bruno said. They also address disciplines with big needs in the marketplace. But while established programs will be evaluated in terms of growth, Bruno answered critics who say universities trail behind the needs of the job market when he said, “Learning to think never goes out of style.”

The expected increase in enrollment the new programs should bring would augment the current trend line of growth. Preliminary numbers for the fall 2017 semester show an estimated increase of 194 students. If those numbers hold up, Bruno said, enrollment at ULM will be 9,309, the third year of growth and the largest student body this decade.

A rosier budgetary picture has allowed the university to hire 40 additional faculty and 40 additional staff employees, so that ULM now has about 400 in each classification, Bruno also announced pay raises were working their way through the system.

As enrollment grows, retention will play a vital part in making ULM more independent of state budgetary restrictions, Bruno said. For instance, a 5 percent increase in retention between last year and the upcoming academic year has put an additional $1.8 million in the budget.

There is room for improvement, Bruno said. The graduation rate in 2017 was 42.5 percent, the same as the year before. “Retention fluctuates year to year, but we can’t let our guards down,” he said. He challenged all in the room to mentor and guide students, so that in six years, ULM can see an increase of 400 graduates.

Bruno also outlined continuing improvements on campus. Among them:

Bruno gave a tip of the hat to the athletic department, whose student-athletes boast a 70 percent graduation rate. He praised ULM’s ski team for its 27th national title and the women’s tennis team for winning the Sunbelt Championship.

Football fans should be encouraged by ULM’s recruiting efforts, with the incoming class being among the Sunbelt’s strongest.

Bruno, in recognizing some of legislators and city officials in the crowd, reminded all in the room that ULM’s reach goes beyond campus. 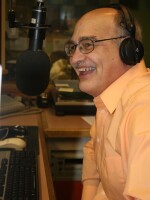 Mark Henderson
Mark is a native of St. Louis, Missouri, where he frequented the Muny, a large outdoor theater specializing in musicals. He is a graduate of the University of Missouri School of Journalism, and moved to Monroe upon graduation in 1978 to begin work at The News-Star, where he is now a local content editor. He and his wife, Elaine, have been married since 1981. They have a daughter, Melissa, and lost a son, Greg, to complications with spina bifida in 1997.
See stories by Mark Henderson
Latest Stories