The most terrible moment of Hurricane Ida for 81-year-old Jean Dunbar came a few days after landfall.

She had little to eat, subsisting on a diet of Vienna sausages and crackers. The building where she lives, Annunciation Inn, was so hot it was making her sick. She worried about her heart problems, and she was having trouble breathing.

During the storm, the elevators stopped working in the five-story apartment building. Each day, Dunbar, who lives on the third floor, would take her bright red walker and navigate the dark stairwell to get downstairs and cool off outside, moving backward stair by stair.

“I made a misstep. I fell down and my walker fell on top of me and hurt my legs real bad,” she said.

The building had no manager on site. No electricity. No air conditioning. Dunbar was among dozens of residents that had been left to fend largely for themselves, with no idea when power or staff would return.

“I didn't have no help, nobody to help me. And that was awful. And the stairs were dark. I couldn't see,” she said.

It wasn’t until Sept. 3 when Dunbar and nearly 600 other residents from eight senior apartments in New Orleans were rescued by city officials.

The buildings were without power, working elevators or ventilation. Some had water covering the floors. Many had no on-site management. In all, the city inspected 32 buildings and briefly shut down nine. Five people were found dead.

City officials are now promising new regulations for independent living centers to fill in what they say is a gap that left hundreds in the sweltering heat and darkness.

Senior living centers, unlike nursing homes, are governed by few laws and little oversight of their disaster plans.

Annunciation Inn is one of two-dozen such buildings owned by the Archdiocese of New Orleans that provide Section 8 public housing to the elderly and people with physical disabilities. At Christopher Homes, the Catholic agency that runs the facilities, residents living in its roughly 2,500 apartments are deemed “independent living tenants.” There are no state or local regulations for senior-living apartments requiring evacuation plans, generators or staffing during a storm. 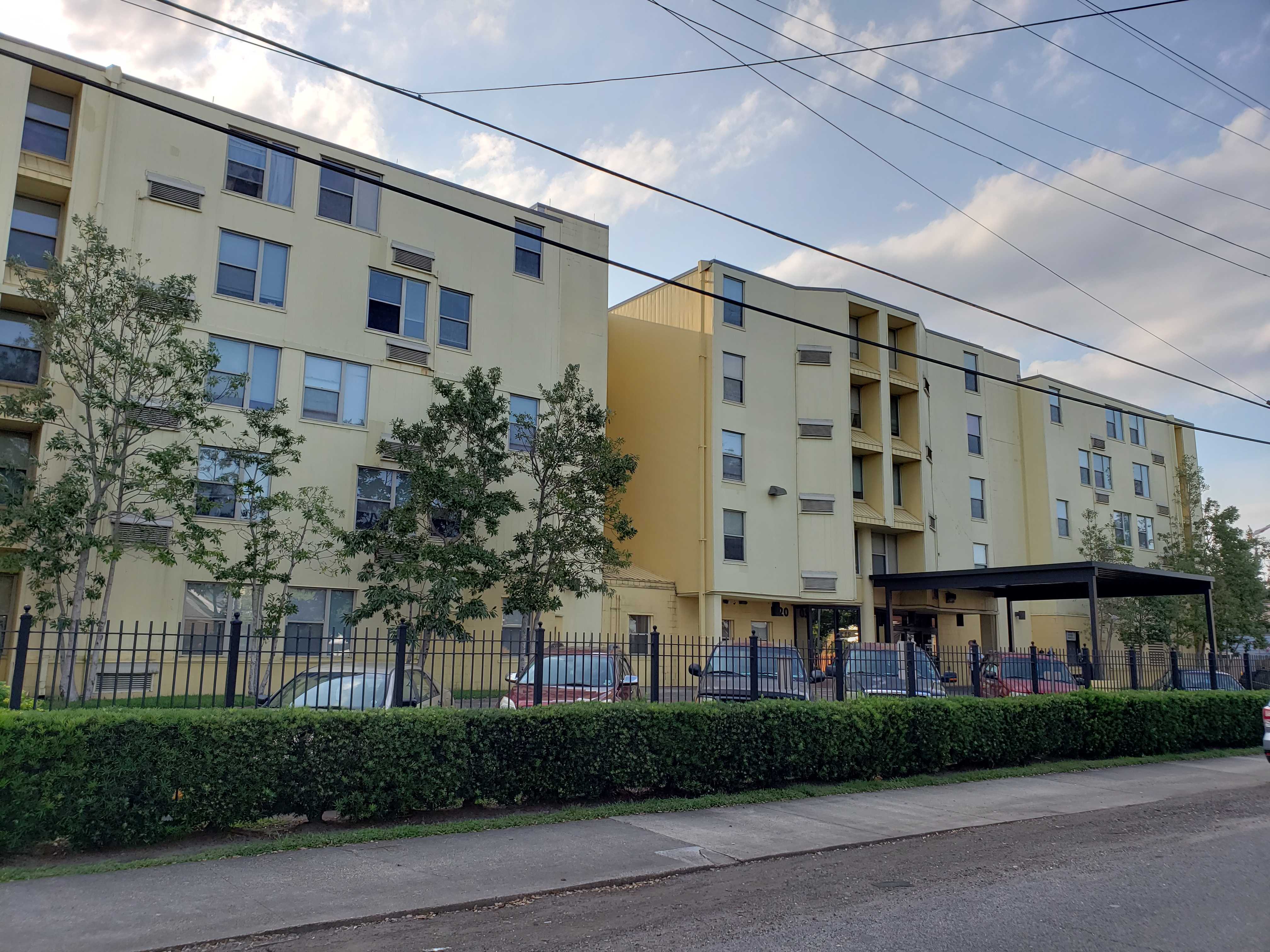 Councilmember Kristen Gisleson Palmer said she talked with managers of some senior-living apartment buildings in the wake of the storm who claimed their residents could simply leave. At Annunciation Inn, she found a note taped to the doors telling residents to call 311 for help.

Before Hurricane Ida made landfall, management told residents at Annunciation Inn to go stay somewhere else if they could, possibly with friends or family, because the lights and the building’s generator would go out, Dunbar said.

“I didn't have anyone to pick me up,” she said, noting that her son died a year ago.

Palmer has drafted a new ordinance to fix the regulatory gap. It would require licenses for senior-living apartments, a generator with enough power to run air conditioning for four days, an evacuation plan filed with the city and staff on site in any emergency or disaster.

Ten seniors have died as result of excessive heat in New Orleans in the wake of Hurricane Ida’s extensive power outages — by far the greatest cause of death from Ida in the city. Two have died in Baton Rouge and one in St. Tammany.

In fact, more people have died of excessive heat in Louisiana after Ida than carbon monoxide poisoning — the main cause of death after Hurricane Laura last year. All of them were over the age of 64.

Among the five people found dead in the senior living centers was a man at Annunciation Inn, who residents said was named Mark. Dunbar said his neighbor found him dead.

One of those neighbors, 75-year-old Nelson Herbert, evacuated Annunciation Inn ahead of the hurricane. He said Mark was a computer whizz.

“So if I ever needed something done on a computer, I would go to him,” Herbert said. “And he was a very friendly man. He always had a smile and something pleasant to say.”

It’s not clear whether the man died because of the power outage and conditions in the building, and his name is not listed among the deaths being investigated by the Orleans Parish Coroner’s Office.

Dr. Jennifer Avegno, the director of the city’s health department, said the facilities had failed to protect residents “in one of our greatest times of need.”

She said safety for the elderly during a power outage is about more than just having a generator.

“Does that generator have an emergency contract so that somebody can come out and turn it on if it needs to? Is the generator tested every year? And does the generator power enough to keep people safe and comfortable in the event of extended power outages?” she said.

In a statement on the website for Christopher Homes, the agency said it was “saddened” by the deaths. It said residents were supposed to have personal evacuation plans, that a management team was available to residents after the storm, that generators onsite were powering elevators, and that it had asked the city for help in the days after the storm and received no response — a claim city officials have denied.

When Dunbar spoke with New Orleans Public Radio, she said she’d been told she wasn’t allowed to give an interview on the property or in her apartment, so she spoke with a reporter in their car parked outside of the property. About ten minutes later, a security guard said the building’s director was ordering Dunbar to go back inside — she wasn’t allowed to speak to a journalist.

The executive director of Christopher Homes, Deacon Dennis Adams, has given no interviews in the wake of the storm, but in a statement emailed to New Orleans Public Radio, he said it was “completely” against the agency’s policy to prevent residents from speaking to the media, and that “the issue has been addressed to ensure this does not happen again.”

Support for the Coastal Desk comes from the Walton Family Foundation, the Greater New Orleans Foundation, and local listeners.