People say that ignorance is blissful.

According to the World Health Organization, ageism has been shown to cause cardiovascular stress, lowered levels of self-efficacy, and decreased productivity.  Any type of stereotyping is based on limited (or a lack of) knowledge about a group of people.  A lack of knowledge creates myths and misconceptions.

The complete interview can be heard below.

There are plenty of myths about old age.  Old people are slow, they cannot learn new skills, they smell bad, they are bad-tempered, and so on.  Are these true or false statements?  According to facts gathered by AARP, most stereotypes about the cognitive ability of normally aging adults are false.

It is important that we make a distinction between normal aging and not-normal aging.  Dementia and Alzheimer’s Disease are not a part of the normal aging process.

Education and raising awareness about aging is one good way of debunking most myths.  Organizations on aging such as National Council on Aging, National Institute on Aging, local organizations in cities and states, and institutions of higher education are able to play a crucial role in combating ageism based on myths.  As the guest of this segment, Lynda McGahee, pointed out that “aging is not a disease, it is a process.”

171121mythsofagingpodcast_EDIT2.mp3
Listen for the complete interview with Linda McGahee of the Ouachita Council On Aging. 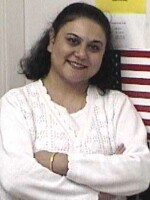 Anita Sharma
Anita Sharma Ph.D., LCSW, is a Gerontology and Social Work Educator, Researcher, and Practitioner. She holds an M.A. in Medical and Psychiatric Social Work from the Tata Institute of Social Sciences, a prestigious social sciences university in India, a Master of Social Work (clinical practice) and a Doctorate in Social Work from Florida State University, Tallahassee, Florida. She is a Licensed Clinical Social Worker in Louisiana and serves as a pro bono consultant to various agencies.
See stories by Anita Sharma
Latest Stories